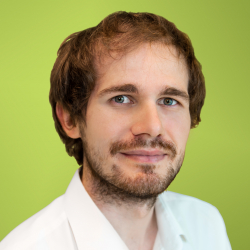 Most of you already know that Oracle APEX 5.1 was recently released in late December 2016. It was welcomed with open arms due to the upgrades it provided to this development environment, such as the new charting engine, universal theme improvements, the appearance of the interactive grid component and so on.

While working on a project in Oracle APEX 5.0.4, I was required to bring forth some functionality which was in between the interactive report and the tabular form. Basically, I had to include in the same report the filter capacity of the interactive report, as well as the edit capacity of the tabular form. However, this provided some difficulties. But then I heard that Oracle APEX 5.1 will be released soon, which provided the exact functionality I needed for this project through the use of a new component, the interactive grid.

After its release, I exported my current project because it’s better to be safe than sorry and I upgraded the local APEX version. As soon as the process was complete, I went to check the new functionality as well as the new component. I did this by using the previous mentioned project. However, I encountered a problem.

The interactive grid was working as it should everywhere, except in the Tabs Container template of a region. In my case, the interactive grid was missing its toolbar, which contained the search field, the actions menu, as well as the ‘Edit’, ‘Save’, ‘Add Row’ and ‘Reset’ buttons. I have tried everything I knew to make it work, but I wasn’t successful at first.

After a few days of testing different ideas, a new thought came to me: Why don’t I start a new project from scratch and test the problem there? Said and done. However, no flaws appeared anymore and everything worked perfectly this time.

Most probably this flaw appeared because of some compatibility issues between the APEX 5.0.4 projects and the APEX 5.1 upgrades. If any other developers experience the same event while importing a project from an older version of APEX, just keep in mind that there might be some functionality that will not work as expected.

The way I fixed this problem was to start a new project in Oracle APEX 5.1, where I kept the functionality I needed from the old project and created the rest from scratch, such as including some interactive grid components.